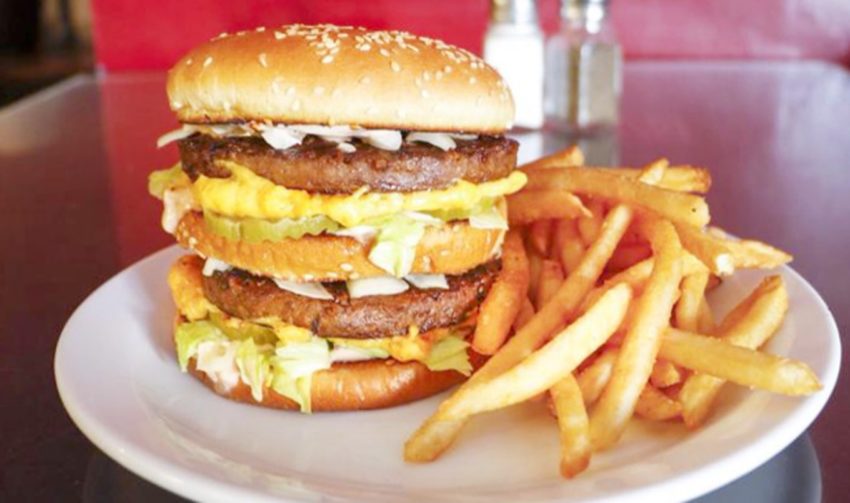 At this point it’s no exaggeration to say that there’s a new vegan or vegetarian restaurant opening in Los Angeles every five minutes. The vegan Thai places seem to multiply like bunnies almost overnight, while the more specialized and unique vegetarian focused restaurants are in no sort supply either. It really is a good time to be a vegetarian in L.A. and everyone who lives here should count themselves lucky in regard to the sheer number of awesome food choices that abound. And now I’m happy to report there’s yet another new restaurant to add to the list… and guess what? It’s not Thai food!

Doomie’s Home Cookin’ just opened up this last weekend in the heart of Chinatown. That in and of itself is super awesome because there’s very little that’s edible for a vegetarian in Chinatown. The area is brimming with all manner of animal horrors everywhere you look, from chickens, ducks and whole baby pigs roasting on skewers in restaurant windows, to the shops along Spring St. that will sell you live sea creatures or poultry… you know, for those who prefer to slaughter their own (how quaint). Doomie’s is like a breath of fresh air in a sea of stench, and I mean that literally. Have you walked past any of those deathpits lately? The foul odors are unbearable. To counter this, Doomie’s shines like a 2nd story beacon, a helping hand from the upper balcony, happy to help you rise above the dubious carcass parties swirling on the streets down below.

Don’t let the names scare you off, everything here is vegan! They do also offer real cheese for the non-vegans, so be sure to specify (but all the meaty bits are vegan, that is not a leg from a real buffalo!). Seeing as how I adore the jackfruit “pulled pork” sandwich at Pure Luck, I figured I needed to try the version at Doomie’s to see how it stands up.

First things first, the sandwich comes served with Doomie’s vegan macaroni & cheese. You know what? This was the best veganized mac & cheese I’ve had anywhere. The previous holder of that title was Taste of Life’s mac & cheese which is just divine. Well, if theirs is divine, than Doomie’s is for sure heaven sent… this stuff is the bomb! The best way I can describe it to you is to say that it tastes exactly as if it had come right out of a blue Kraft mac & cheese box. If you gave this to your average normal macaroni and cheese eater, they would seriously have no clue that you’d pulled a vegan switcharoo on them (no, I don’t advocate tricking people, but this would surely do the trick). This is seriously as authentic as it gets. I’ve had a number of different encounters with various vegan mac & cheese offerings in my day, and while even the best have been incredible good, Doomie’s wins by a landslide.

Now let’s get back to the sandwich… BBQ Pulled Pork, southern style. I’m no Southern gal so I can’t tell you if that claim holds water, but what I can tell you is that this sucker was finger lickin’ good… for reals, it was all over my fingers. I believe the faux-pork is seitan based and it’s all slathered up in a most delicious, sweet & smoky BBQ sauce. It was absolutely delicious, with the filling having an incredibly realistic meaty taste and texture… I kept thinking how I could feed this to any meat lover and unless told, they wouldn’t even guess it wasn’t real flesh they were eating. For those how can’t deal with fake stuff that tastes too much like the real thing, stay away from this beast because it will probably make you cry. On the other hand, those like myself who relish the taste and skills involved with recreating veganized versions of their meaty counterparts… you have met your new favorite sandwich. The entrees come with cole slaw and a side of fries, onion rings or fruit. Don’t you like how I pretended to go the more healthy and less fattening route by choosing fruit? Who do I think I’m kidding?

You know you wanna get all up in it.

I had the opportunity to chat with the man himself, Mr. Doomie, who is an extremely cool guy (only extremely cool guys are allowed to wear Cocteau Twins t-shirts). His passion for good food is obvious and he’s wants to provide the vegan community with delicious food that does not compromise. He’s really intent on creating food that tastes as close as possible to the real comfort foods we all know and loved. His goal is to have it look and taste as real as possible and not like a wimpy, nutty granola vegan knockoff. He’s even devised a way to get fatty “skin” on his fried chicken, something I can’t freakin’ wait to try on my next visit. Hello? Did you hear that… vegan fried chicken… with skin, yo! Sure it sounds gross when you think about real chickens, but for me knowing it’s not a real animal does away with the gross factor completely and all I can think about is sinking my teeth in, and again, lickin’ some greasy fingers.

They’ll be adding more desserts in the future but for now another treat offered at Doomie’s is vegan J-ello, ehm, gell-o. Yup, now you can relive your childhood with blue and red j-ello, without having to ingest horse and cow bones in the process. How delightful! If only all childhoods could be bone marrow & cartilage-food free.

The g-ello was tasty with a tartly sweet punch of flavor. The texture is slightly thicker than real j-ello, a giveaway that it’s made with agar-agar. They did a good job though, it’s pretty easy to mess up with agar-agar and turn the whole thing into chewy rubber, but that was not the case here, the j-ello was quite a treat. I’m very much looking forward to seeing what other dessert offerings are yet to come.

Location wise, Doomie’s couldn’t be better situated. It’s on the second floor at 686 N. Spring St, inside of Roberto’s nightclub (that’s just down Ord St., the same little side street that Phillipe’s French Dip is on). They’ve got a giant space with an even bigger outdoor patio which provides stunning views of of Chinatown, downtown and beyond. What I love about this location is that it’s within a very short walking distance from not one, but two Metro stops. You can either get off at the Union Station Red Line stop or the Chinatown Gold Line stop, it’s pretty much the same distance from both (less than a ten minute walk). The one downside for them is that unless you know it’s up there, you really wouldn’t know it’s up there. That said, hopefully the word will spread quickly to help get and keep this place busy all the time… hey, I’m doing my part! Even though they just opened and are working out some of the kinks, I feel the potential here will be unlimited if they play it right.

To that end, I’ll admit I was a little bit confused when I first got there. I went on Sunday afternoon which is apparently the one day a week that the East Los Angeles Bikers Club (ELA) use the patio for a meeting. I didn’t know if I’d entered a restaurant or a sports bar. They were kinda loud and verging on rowdy… but unless you’re one of those people who’s afraid of everything and everyone, they weren’t intimidating… just boisterously friendly. At one point they all shuffled into a nearby room and disappeared for a while, apparently for their official meeting and then they all filtered out. They only gather out there on Sundays I was told, so if you just can’t hang with dark & handsome tattooed Latino biker boys surrounding you while you eat (hey, I ain’t complaining!), go on any other day (closed Mondays), otherwise just know that Sundays there will be a bit of an adventure.

The other exciting and unexpected part of my adventure is that I was recognized and outed from the blogger closet by the masterminds over at the Quarrygirl blog. That’s right, great minds think alike and apparently end up at the same great restaurants at the same time too… I got to have a face-to-face luncheon with Miss Anthrope and Mr. Meaner in the flesh! They both really enjoyed their visit as well, so for even more drool worthy pictures and further insight into the radness of Doomie’s, check out what they had to say about the vegan Philly Cheesesteak, onions rings, and more.

In case you haven’t figured it out by now I’m super excited about this place and I’m looking forward to seeing how it develops. If everything else on the menu is as good as what I had on my first visit, my diet is in for a world of hurt.
www.myspace.com/doomieshomecookin 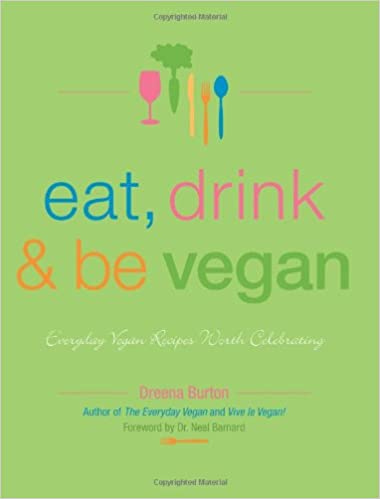 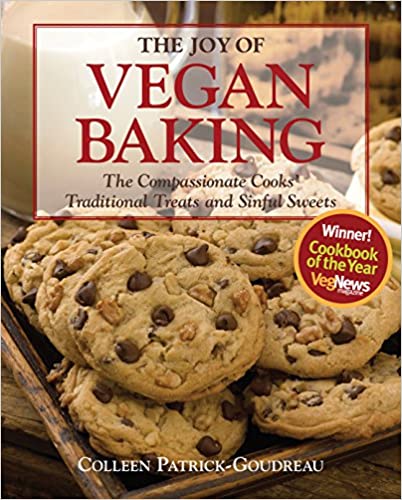 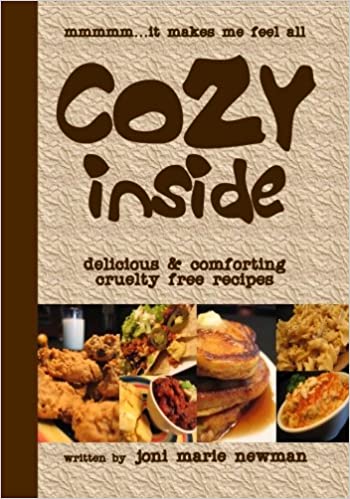 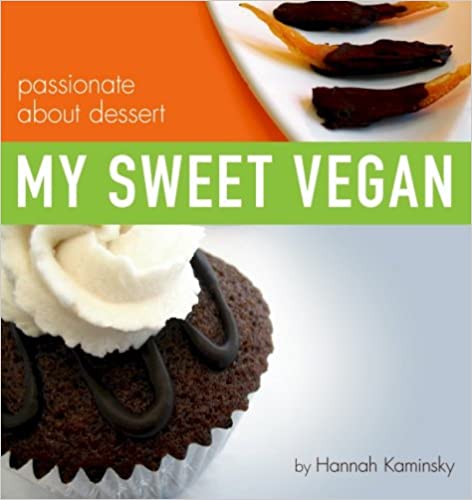